When I was in high school, our senior high youth group were gathered together up in the youth room on a Sunday night. The group was planning an upcoming Youth Sunday. We were making decisions regarding scripture passages, hymns, and prayers to use. Then, the question was asked, “Who will do the sermon?”

Honestly, I had spent the bulk of the time avoiding eye contact. I was one of the youngest in the room. What did I have to contribute?

Then, from the other end of the table, one of the seniors spoke up and said, “I think Jason should do it.”

It was one of those moments where I was thrilled to be thought of, yet scared to death that they thought of me! I would accept and began working on the “sermon.” When I finished it, I gave it my youth leader to look over. She made some suggestions, among them, “Be careful not to put God in a box.”

END_OF_DOCUMENT_TOKEN_TO_BE_REPLACED

No Matter How Simple 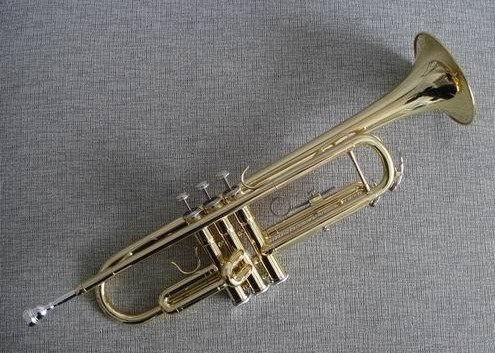 One summer in high school during our youth group’s Youth Sunday service I played a duet with my Aunt Polly.  I on the trumpet and she on the organ.  That Sunday was Mr. Paul Krupp’s “Come Back Sunday.”

Mr. Krupp and his wife had been absent from church for three or more months due to a horrible fall that he took replacing a clock in his workshop.  That fall, which left him in the hospital for awhile, was just the beginning of his troubles.  Physical therapy and then trying to get his Driver’s License back is what followed.  The doctors never thought he would be able to sit up in bed after that fall, much  less be able to drive a car again.

After the service, Mr. Krupp came up the aisle, followed by his wife of 50+ years, and he stopped by my side.  His hunched back being supported by his walking cane.  As his cane landed by my foot, he looked up into my eyes and told me he enjoyed the music.  Mr. Krupp was a very talented musician and teacher.  He played tuba in the community band for years.  In addition, he fixed instruments for many of the students in the high school bands.  He found any kind of brass music enjoyable, especially in worship.

Over the next week or so, Mr. Krupp took my trumpet into his workshop to give it a tune up.  When he was done with he called to let me know it was ready.  When I asked him how much we owed him for his time, he said, “Nothing at all. But, I do want you to come by.”  So, I got my Momma to take me to his house.

After arriving at his house, I asked him again about a payment.  He said, “Your playing in church was payment enough. I really enjoyed it. No matter how simple.” He proceeded to tell me what a great sound I can get out my Bach horn.  And then, he brought out another trumpet and asks me to play it.  So I doodled a few notes on the scale on it.

I was speechless.  I tried to form words, but I couldn’t. He chuckled from his old throat, and gave me instructions to use this horn for marching band as not to mess up the Bach horn.