A sermon preached on Children’s Sabbath in October of 2008 at Lebanon United Methodist. 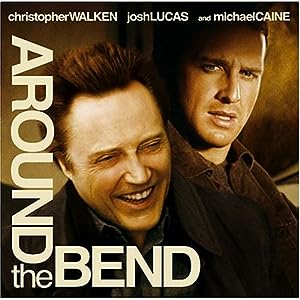 In the 2006 film Around the Bend, the death of the main character’s grandfather, brings him and his estranged father back together. The grandfather’s final wishes were for his son, grandson, and great-grandson to go on a journey together spreading his ashes at various locations as he had indicated on a map and series of sticky notes in KFC bags. As they continue on this journey, they begin to realize that the grandfather’s intention was more than just spreading ashes. His intention was to bring a family torn apart back together, and begin a journey of reconciliation.

Along the journey, the grandson finds an old billfold photo of himself when he was a child that his father still had. Because of their shattered relationship, he didn’t expect his father to have such a picture. When he turns the picture over, written on the back in his father’s handwriting were the words, “My boy.”

In her book, Thus Far on the Way, the Rev. Dr. Eileen Lindner recalls such billfold photos that many of us may carry of our children, grandchildren, nephews, nieces, or godchildren. We look at the photos and we see similarities between family members. He has his father’s nose. She has her mother’s chin. It is easy, gazing at the faces of those we love, to see them as made and beloved by God. But what, muses Lindner, must God’s billfold look like?

As I pondered on this question this week, I wondered who among us has God’s nose or God’s chin or God’s hairline. Looking through old billfold photos is like looking through a persevered history of a family. I imagine that the children of this community are in God’s billfold.

I imagine the children of Uganda born with AIDS –

The children of Iraq and Afghanistan of Israel and Lebanon, suffering from a war that is not theirs –

The children of Asia, Central America, India, and Africa without parents, living in orphanages ..

The children of New Orleans left homeless by Hurricane Katrina –

The children who make up 4% of Hanover County’s population who are living in poverty and the children we have met through the Angel Tree program who are parent-less because their parents are incarnated.

The children of Diques, Costa Rica living in poverty, poor in material things, but rich in faith. These are the images I imagine are in God’s billfold.

Many of these children worry about where their next meal will come from. Many worry about where their water will come from. Many worry about having clothes to fit. Yet, despite these worries, as we saw in Costa Rica, these children and their families were able to put aside those worries and trust in God. For they understood that through it all, every worry, every doubt, every injustice, every thing that goes the wrong way, God will see them through. They’ve learned to trust and depend on God.

An example of God’s image on earth can be found in the form of Jesus Christ. Jesus modeled a way to be God-like for the rest of humanity. Whether it was sitting down and eating lunch with the tax collector, sharing the Way with the Samaritan woman, or allowing the little children to come to Him. Jesus shows and tells us that in order to inherit the Kingdom of God, we must become like little children. We must trust and depend on God as a child trusts and depends on a parent.

Jesus shows us, not just by his words, but by his actions, that being created in the image of God has a great deal of responsibility attached with it. As Peter Parker’s Uncle Ben tells him in the Spider Man movies, “With great power, comes great responsibility.” If we trust and depend on God than we have entered into a relationship with God. Through that relationship we have a responsibility to do for God and others as James says we can be doers of the Word – we can be doers of justice – we can be the miracle. For though we may not have God’s nose or chin or hairline, we have God’s eyes and hands and feet.

Thy Will Be Done

The Yoda Verses: Better, loud is not

Ponder with Me - What do You Think? Cancel reply

This site uses Akismet to reduce spam. Learn how your comment data is processed.